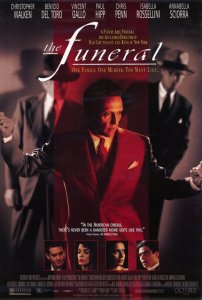 Walken in Short: This is essential Walken. He is spectacularly sinister and crazy intense.

Film in a Sentence: Ray Tempio (Walken) is the vicious head of a 1930’s New York crime family whose youngest brother just got killed in a drive-by, so now him and his remaining family grieve, argue, and flashback to how this all came to be.

Director: Abel Ferrara, written by Nicholas St. John – Both men have a history working with Walken: King of New York (1990) and The Addiction (1995). After this film Walken and Ferrara made one more film ‘New Rose Hotel’ (1998). 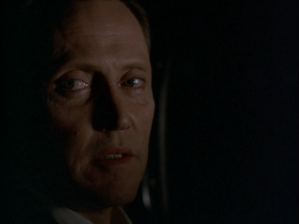 MPAA: This is rated ‘R’ and definitely earns it. There is an especially excruciating rape scene. Also sex, violence, profanity, and worst of all: COMMUNISM! (lol)

Similar Films: Miller’s Crossing, Once Upon a Time in America, The Godfather saga, Boardwalk Empire (TV), A Bronx Tale, Road to Perdition

Available to Own: VHS and DVD. No Blu-ray yet. But I eagerly await the day.

Walken Content: 80%. Walken has a prominent role with a steady supply of lines throughout the film.

Walken Quote: His wife asks him if he’s ashamed. He says,”I’m NOT ashamed. I didn’t make the world.”

Should You Watch This? Yes. This is a criminally under-rated film that is filled to the brim with recognizable stars and memorable movie-moments. This film is not for the squeamish nor for those needing endearing characters or happy endings. This is a dark film with some pretty grim scenes. But there is humor to be found here and there even if it is a maudlin, cynical humor.

What’s Next? Up next, Walken has a supporting role in the Alicia Silverstone and Benicio del Toro romantic-crime/comedy ‘Excess Baggage’.